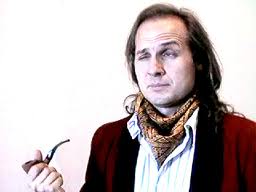 On April 15th we wrote a short article called “If you must speculate: Force Protection Inc.” – like the company, the article was not very popular it received only about 2300 readers on Seekingalpha (more when combined with the traffic from other sites).  On that day the stock was selling for $4.52 per share (although we had actually purchased the shares for investors closer to $4).  In the article we pointed out the following:

“…you could buy Force Protections stock (FRPT) – it’s not quite investment quality, but it is very nearly.  A reasonable downside assessment might be about 10%, but the real value of the company is probably 45% greater than the share price today…”

We were wrong on the first part of our estimate, after shooting up to about $5.21 per share (or 15%) about a month later, by August 9th the price had fallen to only 3.27 per share (12% below Net Working Capital).  This of course is irrelevant if the intention is to hold shares for at least one year (to take advantage of the more favorable long term capital gains tax rate). We still think we were right about our second assessment – but apparently General Dynamics saw things differently, they thought the shares were worth 22% more than they were on April 15th. Since about five law firms have announced investigations into the transaction since it was announced this morning, maybe we'll be proven right afterall.  Nonetheless we still think investors at the current sale price will find our performance at least satisfactory  – here’s the numbers benchmarked against the S & P 500:

In the same article we speculated on some possibilities, including the likelihood that Force Protection may well be acquired when we wrote:

“...If the effective purchase price of the company at today's market cap. (with the UK MoD’s huge endorsement) is only $150 mln. net dollars, then couldn’t one of FRPT’s competitors simply purchase them, even at say a 50% premium to market cap. (effectively 300 mln. net dollars)  in order to increase their odds of winning these other billion dollar contracts?   In this context, a 150 mln. premium over tangible assets, seems like a pittance, even if the contracts are never won.

What if there were a contract so large, that highly specialized and successful MRAP builders like Force Protection, who already have next generation products in production, became the acquisition target du jour?  A 150 mln. acquisition premium, might well seem like a $150.00 premium.”

We concluded our Apirl 15th article with the following:

“Either way, if you must speculate, you might want to consider Force Protection, Inc.”

A few weeks later on May 5th we published the follow up article “FRPT: Moving from speculation to investment”  while still not the most popular article in the world, (about 2900 readers on SeekingAlpha - but again much more when combined with other sites)  – the article concluded the following regarding the risk associated with the issue:

a) If this virtually guaranteed operating income is subtracted from the effective purchase price of 150 mln, the real price to the buyer today is 78 mln net.

b) If the 150 mln. in cash on the balance sheet is subtracted from the total equity in the company at Dec. 31st, 2010, the buyer today has some 178 mln. in remaining hard assets which would only need to be liquidated at .44 cents on the dollar in order to cover the common.

In other words, there is almost no risk left in the purchase of FRPT common stock, while the upside potential is nothing short of massive...

…We believe this information along with the company’s affirmation of the 2011 guidance provides a sufficient margin of safety to purchase the shares as an investment.”

Investors acting on the more direct advice given in the May 5th article would have achieved the following results:

This brings the average annualized return on the investment ideas which have been made public to 55.5% (at the one year mark or as in this case, when the concern is acquired).  However, we have not published all of our investing ideas, and the ones which have gone unpublished performed even better.

More in this category: « Why we’re still buying Skechers stock On the value of Users, Hard Drives and Batteries »

"A historic bull market-turned-bubble shouldn't be confused with genius" @Lemelson to speak this Friday on Inves… https://t.co/XHJH5i6lR4