We were waiting for at least a 7% price jump when we published our article Hard Drives, Floods, Monasteries and Investment Returns on Dec. 2nd , 2011 – good thing we weren’t holding our breath.  We thought the article looked pretty smart, not only because the WDC investment had already returned 30.2% to investors by the time we were able to publish, but also because we had this really crazy $67 dollar price target on the stock (way higher than any other analyst at the time) – we thought people would listen.
Nonetheless, we felt bashful about our price target so we prefaced it with a bit of defensive language (from the article):
“We don’t mean to scandalize the readers - but our $67 per share appraisal of the WDC’s business on a day when shares were selling in the 25’s had much less to do with Crystal balls than with deductive reasoning.”
We went on to write:
"The shares of WDC have now climbed about 30% since we started buying just over two weeks ago (although, as pointed out they are likely nowhere near their real value, having already told investors on Nov. 16th what we thought the company is worth). Nonetheless we cannot relish in the glory because the article didn't actually get published before the rebound, but our time at Halki more than makes up for the ego fest we would have enjoyed otherwise."
Since we had to postpone our “ego fest” then, and the shares have now returned ~67% to investors, we thought this would be a good opportunity to make up for lost time.

Getting back to holding our breath

Presently we're less interested with the return achieved for investors (which annualizes to 190%), and more interested in the mystery of how analysts determine their upgrades, downgrades and future price targets – which the market then promptly respond to – we want to know how the analysts do it.

We considered a bad write up full of mis-guided information, that we would then later do an “about face” on, hoping readers would be more responsive to our writing – we entertained the idea for a while, but then had to dismiss the strategy on the grounds that it was unethical and since we are dealing with Wall Street operators, we realized we must be ethical.

In addition to overreacting to the potential long term effects of the flooding in Thailand last year, there was doubt cast on the ability of WDC's management team to execute on its proposed acquisition of Hitachi Global Storage Solutions.  We weren’t buying it (the story that is).   In our rough notes, published at the bottom of our Dec. 2nd, 2011 article we simply commented:

“Argument against the Hitachi unit integration:  When have they ever not executed (WDC)?”

Then we had an unmistakable regression and departed from the “high road” when we blurted out:

“…we’ll have to remember to send Needham and Co. a Christmas card for helping serve up such a great value.” 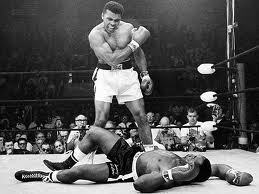 Even if the comment was a "hook to the chin" it seems it may have been entirely deserved:

From their November 15th report:

Needham analyst says, "We are downgrading Western Digital based on concerns that either 1) the company is successful in acquiring Hitachi but is forced to pay higher interest rates, issue more stock, or otherwise make concessions that limit the benefits of the deal and that the combined company’s balance sheet is severely impaired; or 2) that the deal does not go through (which seems increasingly likely) and that WD is forced to expend considerable cash to recover its manufacturing capabilities, weakening its balance sheet (when combined with the losses), and loses access to the enterprise market and Hitachi’s advanced head technology."

Two days after they wrote these words, we were out buying for investors accounts – it’s like it was raining gold – hence our decision to add Needham and Co. to our list of Christmas card recipients.

The curious thing about point one above is that WDC had always planned to issue stock in order to acquire the assets of Hitachi (and the deal did in fact cost them more, something to the tune of 400 mln., making their March 22nd release [below] all the more curious).

Point two was completely unfounded, how was it ever “increasingly likely” that the deal would not go through?  Last time we checked Chinese regulators don’t play Mahjong with US based analysts.  If they do, surely the SEC would like to know.

If the analyst had studied WDC post flood, how is it possible that they arrived at the conclusion that the WDC would be forced to “expend considerable cash to recover it’s manufacturing capabilities” as the amvona article mentions repeatedly, there is this thing called “insurance” which they may or may not have heard of, but the existence of which is plastered all over WDC’s annual reports.
Even though the analysts were wrong, it appears market participants continue to eagerly await their proclamations – though they may constitute a complete reversal in opinion.
Consider the case of the Needham and Co. March 22nd upgrade:
"Needham & Company upgraded Western Digital Corp. (NYSE: WDC) from Buy to Strong Buy with a price target of $66.00.
Analyst, Richard Kugele, said, "We believe that the acquisition of HGST by WD, despite regulatory hurdles worldwide, will prove to be a pivotal point in HDD history and drive record profitability for both WDC and STX. As we have also argued in our Seagate (NYSE: STX) thesis, with no need to price aggressively to maintain market share, we expect the group to operate rationally and within profitability metrics consistent with WD historically. Given the significant upside we project in our model to our new $66 price target, we upgrade shares."
In this case, some 4+ months later they have said almost precisely the opposite of what was said back in November of 2011.  About-face or not, the shares jumped almost 7% on the news.
When investors are lead to think a security is less desirable at the very moment it’s pricing is most attractive, and told it's a “strong buy” once it has risen some 65%, it's a problem.
If time arbitrage counts
Assuming the $66 PT is a good number, and in Needham’s defense, their followers would still make a very healthy 57% return.  However, amvona investors having acquired the shares at ~25.60 would make about 157% at $66 per share.
A further note to investors:
On February 24th we wrote in a note to investors the following:
"WDC will (contrary to media / analyst reports):
- Jump on announcement of finalization of Hitachi merger (may be accretive in Q1)
- Announce return to full production before Q3
- Despite returning to 100% capacity, ASP’s will remain drastically elevated for remainder of 2012
- Announce huge insurance payment in Q2 CC
- Jump on release of Windows 8 (probably Q3) – desktop resets
- STX mediation award for 650 mln. will be thrown out
The combination of these 6 factors should result in a much higher shares price – perhaps 60-70 per share."
Time will tell if the remaining five forecasts hold true as well.
A hypothesis for Memory and Storage
We had intended to write an related article last week called “A hypothesis for Memory and Storage”, we began by scribbling out some notes on March 13th , 2012 -  the notes never became an article because of an intervening visit from an old friend – and rather than adding the notes to the growing pile of “unpublished articles”, we thought we would add them here since they may be of some small benefit to readers interested in the industry.  Along the way, we used these ideas as our basis for getting at least one investor out of a large stake in SNDK writing in part:
“….just to clarify the advice given last Friday the 16th regarding SNDK – the (proposed) essay written last week involves the movement from device level SSD to enterprise SSD (the cloud) – this should be a steady transition over the next 3 years – while SNDK leads in “DLS”, it is not at all clear how they intend to compete in enterprise (http://www.sandisk.com/about-sandisk/press-room/press-releases/2012/sandisk-acquires-flashsoft) – whereas it is clear how the likes of WDC intends to compete.  It seems likely that device level storage will face similar dynamics (pricing pressure) as DRAMM has over recent years.
SNDK is a strong company financially (although nothing like WDC) with impressive operating results (not sure it can be maintained)
…have not done deep DD on SNDK, only cursory…  however, it does not represent a “value” at the current price, and the industry seems very shifty…
It is for all of the reasons above, that the suggestion to sell SNDK was made last Friday”
Here are the notes for “A hypothesis for Memory and Storage“:
HDD still low cost