Our modern marketplace for investment in the formation and growth of public enterprises is imperfect, but it still works.  It is a mechanism to transfer the wealth of the public to the companies we formulate to produce things; they are a reflection of our country and our people as a whole.  The market can go mildly wrong or it can go terribly wrong.  When it is mildly wrong, it present buying opportunities to shrewd investors, when it goes terribly wrong, it can become a machine of economic injustice.

It is interesting to note that while the prices of securities on our markets are quoted in milliseconds, the society they reflect, changes somewhat slower, something to the tune of years.  From where does this disparity in the perception of the importance of time come?  And what does it tell us about the opportunity to participate in the inevitable folly of marketplaces?

These representative entities, for which shares can be bought or sold, require large amounts of capital, which public investment provides.  The participants are free to choose how or when to invest, or to abstain altogether, the entities, with few exceptions, are real, and contain within their models varying degrees of promise for the future.  Even with all its shortcomings and abuses; we admit, that we still prefer it to the alternatives.

Human nature being what it is, the value which is delivered to buyers in a capitalist free market, is not always commensurate with the price paid.  We believe the hoped for equilibrium is the exception rather than the rule, and mostly the result of ignorance and impatience.  At other times, however, true price-value miscalculations are the result of deliberate action.

The activity of the enterprising investor is most profitable when certain immutable traits of character guide one’s choices leaving “intelligence” to play only an ancillary role.   However, it is precisely the opposite which is typically esteemed.   Great emphasis is laid on intelligence, while character is overlooked, despite the fact that little more than basic arithmetic is necessary for the analysis of securities.   The result is like sheep being sent into the market as wise “as a dove”, and as innocent “as a serpent”.

In secular terms, dumb and greedy, when combined, usually doesn't end well.  Although, we will acquiesce that no math was good enough to properly analyze certain securities, such as synthetic collateralized debt obligations, which

many Americans, knowingly or not, were participants in, through something as seemingly benign as home mortgages, and which did indeed find their way to markets as traded securities; although traded on a private "by invitation only" platform, created without permission, oversight, or democratic process by a few banks.

The agony associated with such "innovation" can usually be avoided by emphasizing simple principles.  Chief amongst these are patience, discipline, honesty (particularly with oneself), and perhaps above all humility – that rare and often fleeting quality which regulates and ensures that our perspective is without serious distortion.  Humility has the added value of guarding against serious error, and defending the senses against the interminable noise of the market’s idle chatter, for the foundation of achieving superior investment results lies first and foremost in the ability to avoid serious loss.

There exists a link between this never ending chatter (always focused on inscrutable future events), and frequent trading which stems therefrom.  This is perhaps the dominant activity in our financial marketplaces which gives rise to the good fortune of brokers who, win, lose or draw, derive a consistent income from the activity.   Thus arises the first schism between discrimination of assets in a marketplace, and preoccupation with the activity of trading as an end in itself.    At the same time, we see there is an inviolable link between investment decisions that stem from a solitary pursuit of scrutiny based on a rational framework, and the purchase of securities for fair or better than fair prices, that produce far better than fair returns. 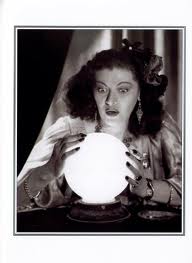 Shifting the intellect to what is unknowable (the future), from what is knowable and available (such as financial statements) is as old as time immemorial.   The pseudo-science (or religion for some) of crystal-ball gazing has often been nicely married to far-off geographic locations.  That is why we are never for want of more expert commentary on our favorite cable financial news channel on what is “imminent” in China or India, and which is reported to us sometimes by the minute, seven days a week, 365 days a year, down to the smallest detail.  The result is the investing public will ignore the ability to buy dollar bills for .50 cents in our backyard, if the wind is blowing the wrong way in some Chinese village in outer Mongolia.

The logical fallacy of speculating on future events as basis for capital allocation is not a novelty of modern western markets, it is not even an oddity of this century, or this millennia, it appears to be as old as human nature, and as old as the temptation to “help” others transfer funds from their account to our own.

The idea that our financial salvation lie not within the bounds of our own rational discernment, but rather some geographic location (China or India etc.), some special knowledge of the future (endless commentary from “experts” piped into all our devices in “real time”), or some particular asset class (e.g. Gold or Silver) is not new.  The human intellect is most tempted to this fallacy under conditions of depression (whose ugly parent is fear), anger, bitterness and impatience.

We think the entire problem is nicely summed up by St. James, the first bishop at Jerusalem when he writes on being overly confident: 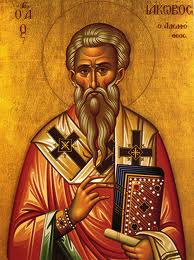 “Come now, you who say, "Today or tomorrow we will go into such and such a city and spend a year there and trade and make a profit"; whereas you do not know what will happen tomorrow. For what is your life? For you are a mist that appears for a little time and then vanishes.  Instead you ought to say, "If the Lord wills, we shall live and do this or that." (James 4:13-15)

St. James was also writing to a community that in many ways is like ours today.  The people he was addressing were experiencing various trials: deception, economic injustice and poverty, the resultant emotions were depression, anger, bitterness and impatience.   We think the link between arrogance, the certainty of profits in foreign markets, and the presumed knowledge of the future (also known as speculation) is undeniable – and a shocking parallel to market preferences today.  We won’t say anything on Humility; we’ll let the “mist” comment speak for itself.

We have reached the conclusion that only the Canon of the New Testament comes close to mentioning Gold, Silver and their respective “security” as often as today’s non-stop financial cable news, and related iPhone apps, although with somewhat different admonishments to perspective investors.  In our ignorance, we continue to await, the filing with the SEC of the balance sheet, income statement, and statement of cash flows for Gold Bullion… we ‘ve been waiting almost as long for the dividend to be declared.

In a free market, losers are not only necessary to have “winners”, but further the amount of capital “lost” is in direct and precise proportion to that which is “won”, a point often lost (or disguised) during times of loss for many, when the misnomer of “wealth destruction” is fervently discussed.   While a capital transfer event does balance debits and credits evenly, the number of “donors” is always far greater in number than that in the “recipients” club.  Of course the whole operation would be minimized if the emphasis were actually on owning a company, rather than trading a stock, and if there were a modicum of humility that lent itself to investment, rather than speculation.  While the favorite activity, of commentators and participants in these times of “bad” market conditions is to blame the “evil-doers” on Wall Street, could we not infer that the willful ignorance of their customers is not at least equal to the suggested immorality of the so-called advisors?  And that the “advisors” are at least as wise as the customers are pious, which in both cases is not very much.  The more likely reality seems to us that both parties like to drink the same cocktail of ignorance and questionable morality, and that the desires of those who have faith that someone else “knows” the events of the future is matched only by the desire of their “seers” to make a living.  Naturally, the “faithful” in this case are the “donors”, while the “seers” are the recipients of their generosity.

Remarkably, the “Brother of the Lord” immediately moves in his teaching on "over confidence", to another extraordinarily contemporary issue – land ownership-the lynchpin of securitization in western free markets, and the increasing provocative of the wealthy in his warning to the rich who would oppress: 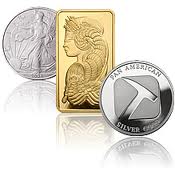 “… Your gold and silver have rusted, and their rust will be evidence against you and will eat your flesh like fire. You have laid up treasure for the last days. Behold the wages of the laborers who mowed your fields, which you kept back by fraud, cry out; and the cries of the harvesters have reached the ears of the Lord of hosts. You have lived on the earth in luxury and in pleasure…”  (James 5:3-5)

It may seem unrelated, land ownership and the larger securities markets, but the two are indeed closely related, a point not lost on St. James.

University of Utah professor Christopher Peterson put it succinctly during his recent testimony before the House Judiciary Committee Hearing on foreclosure practices on December 15th, 2010,  in his statement that the “powerful folks in society are going to come and try to take the land from the less powerful folks” something he referred to as “The truth about the human species” (fast forward to the 1 hr. mark to find Mr. Petersons testimony).

The house judiciary committee hearing took place before an empty room, and didn’t quite make it to much main stream news coverage either.  We understand, for it only dealt with questions regarding clear, fee-simple title to some sixty million homes (or maybe all land ownership in America), which are presently being seized from wage earners, who thought they had “title”, but that in reality, were titles that  were “kept back by fraud” through a little company called MERS, owned by the banks, which store gold and silver for their very rich possessors.

We don’t expect a large subscription to our views, probably much smaller than that which attended the house Committee Judiciary hearing on foreclosure practices (the room was empty).   Certainly we lack the standing of those who have indicated as much before us, it seems the cat has been out of the bag for at least 2000 years without much affect.

More in this category: « Father Emmanuel S. Metaxas – In the dwelling place of the blessed Haiti, Temples and Pillow Houses; One Perspective »