Fr. Emmanuel Lemelson, the founder and president of the Lantern Foundation speaks about "A Vision for Private Foundation" to benefit the Ecumenical Patriarchate at the Archons Dinner Feb. 15, 2014 in Anaheim, CA.

Perhaps no other photograph represent the beauty, peace and dignity of the Holy Priesthood so well as that which hangs in the hallway of Taxiarche church in Watertown Massachusetts.  If ever there were a picture that said “a thousand words” this would be it.  There is peacefulness and strength in the eyes of this handsome man.   In his humility, Father Emmanuel silently asks the photographer, and the viewer, without their permission, to redirect their attention away from him, to that which is framed perfectly in his hands.   This was the brilliance of Fr. Emmanuel.  The purpose of his being was to direct others in a gentle, loving way, to the truth that answers all questions, a truth that is in plain sight, yet often overlooked.
Read more...

Our modern marketplace for investment in the formation and growth of public enterprises is imperfect, but it still works.  It is a mechanism to transfer the wealth of the public to the companies we formulate to produce things; they are a reflection of our country and our people as a whole.  The market can go mildly wrong or it can go terribly wrong.  When it is mildly wrong, it present buying opportunities to shrewd investors, when it goes terribly wrong, it can become a machine of economic injustice.

I had just started writing a blog entry on the state of the union address (which deals mostly with the widespread discomfort, or suffering – if I can use that word, of the American people), when I came across news of a new biography written about Pope John Paul II.   After reading the news article, I tried to go back to writing about politics and the economy, but just couldn’t avoid giving a short commentary instead on the new book "Why he is a Saint: The True story of John Paul II"

It is not my intention to cause controversy, I am not particularly interested in politics per sae, and I know this blog does not have a focus on religion as such, but since I could not avoid either politics or religion in today’s news, I thought this would be a nice break from the “hyper” coverage of the Apple iPad – although I respectfully tip my hat to Mr. Jobs for being a visionary product engineer, and PR genius – I have to confess I want an iPad. 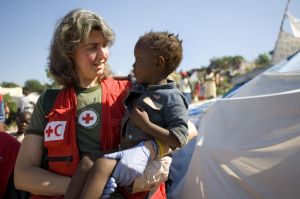 I tried not to write about Haiti this week, but doing anything else seemed profane.  I have seen that our response to Haiti is intense and obvious, perhaps more so than the Tsunami in 2004.  It has been suggested by some, that this may be because Haiti is at our door step.   Generally, the message is one of us Americans, a great philanthropic country, leading the humanitarian effort - and we are, as we always have. 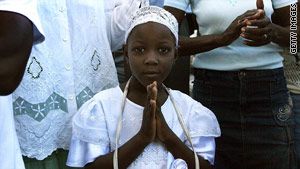 Four year olds like to make play houses from just about anything, If it looks like a “hut” or “hideout”, even better.  My son is no exception.  Last night we conducted our nightly routine of building a house on the bed constructed of pillows.   The procedure then involved (as usual) camping-out in the “hut”, for story time.